The Year 3 and 4 trip to the Sea Life Centre in Birmingham!

Years 3 and 4 were very excited to visit the Sea Life Centre in Birmingham this week. To compliment our Geography topic; Sail Away, the two year groups were given the opportunity to dive into all things 'Sea life' and see what aquatic wonders they could spot! Have a look at the pictures below! Year 3 have a royal time celebrating the Platinum Jubilee!

A very special visitor joined 3F for a photo opportunity, the children were delighted! The children were treated to chips which they enjoyed with their hand made cones...A truly quintessentially British treat! YUM!

Year 3 are having a whale of a time!

Sail Away with the amazing 3F... Aye, Aye Captain and welcome back to the Summer Term! The term launched with a spectacular, stunning start where the new topic, Sail Away was introduced. Plastic pollution was first of the agenda of discussion, we discussed how useful plastic can be but also how harmful it can be. We looked at recycling and how important it is to reuse and recycle where possible. Talking of reusing... we then joined forces with Year 4 and created some BIG ART outside in the playground. Using used, plastic bottles and bags we created sea creatures. Check out the pictures below - we had a whale of a time! ( ...Get 'it?)

We continued to get creative inside the classroom by creating water colour Lighthouses, these are so fabulous they are going up on display outside of our Year 3 area. Check them out below!

During this topic the children will get busy looking at the water cycle, rivers, seas and oceans, marine animals and much, much more!

In this week's history lesson we wanted to find out why the Romans invaded Britain. To understand this, we needed to find out what  life would have been like in ancient Rome. The children researched this using various tools such as websites, books and print outs. They had a great time compiling evidence and building a better picture of what Roman life would have been like. Here are some pictures from our lesson... 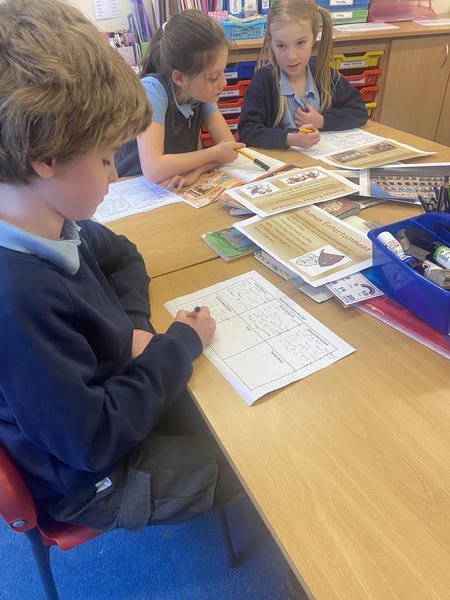 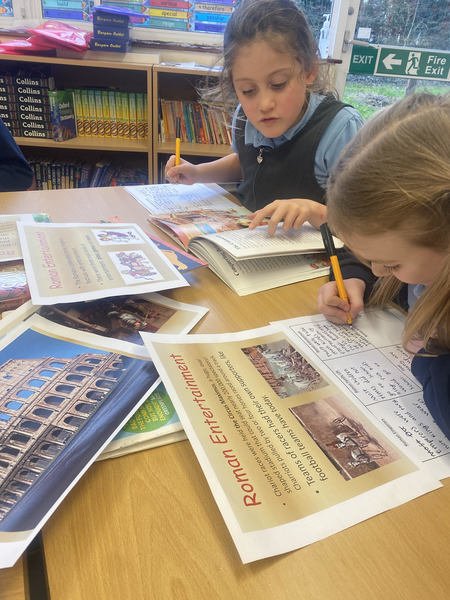 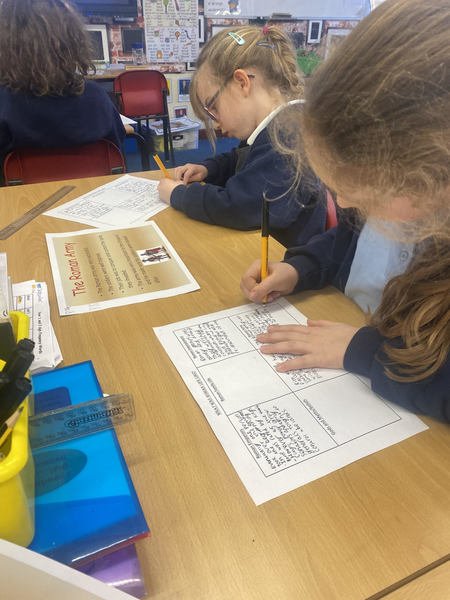 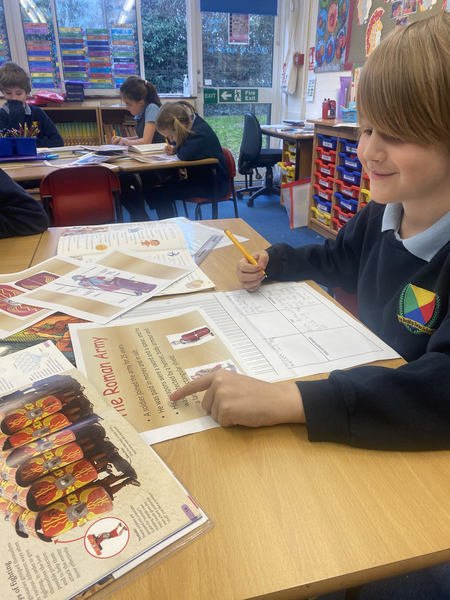 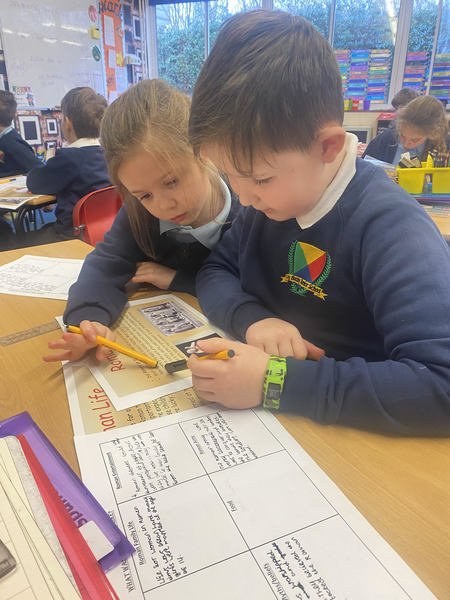 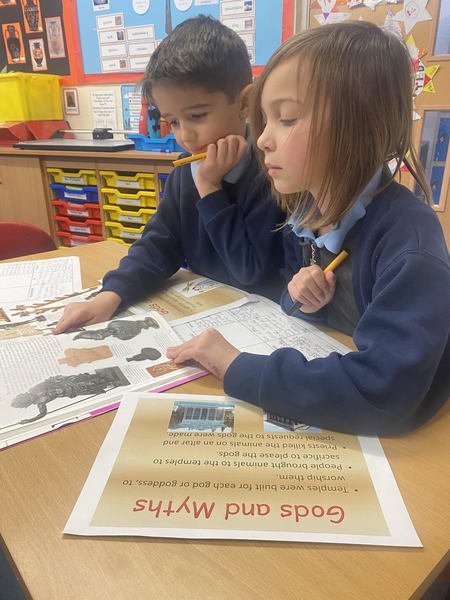 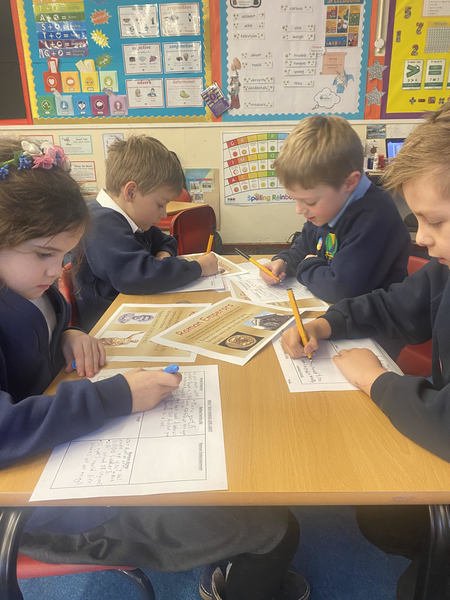 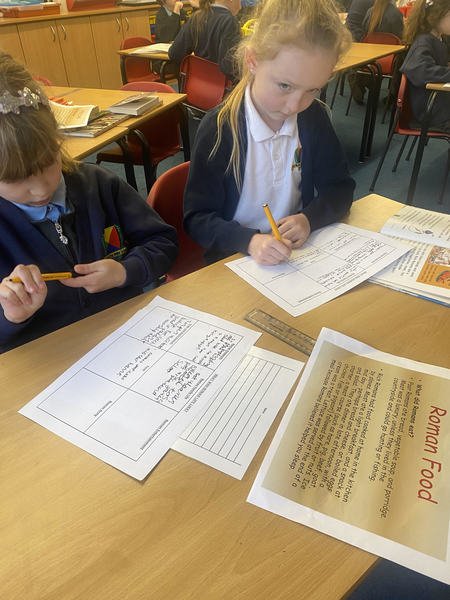 The Roman Army have found themselves some brand new and fresh minded recruits for the start of the new term. The latest recruits were put through their paces to see if they have what it takes to become a Roman Soldier!

The children have fully immersed themselves into their history based topic; Roman Invasion. To kick start the topic and their time in the Roman Army the children made themselves Roman shields. The children worked hard on decorating the shields traditionally, examining Roman patterns and colours used. Once the shields were ready the children were keen to discover various formations the Romans used during fighting. The new recruits were able to put these formations to test and, I'm sure you'll agree, they looked incredibly ferocious and ready for battle! 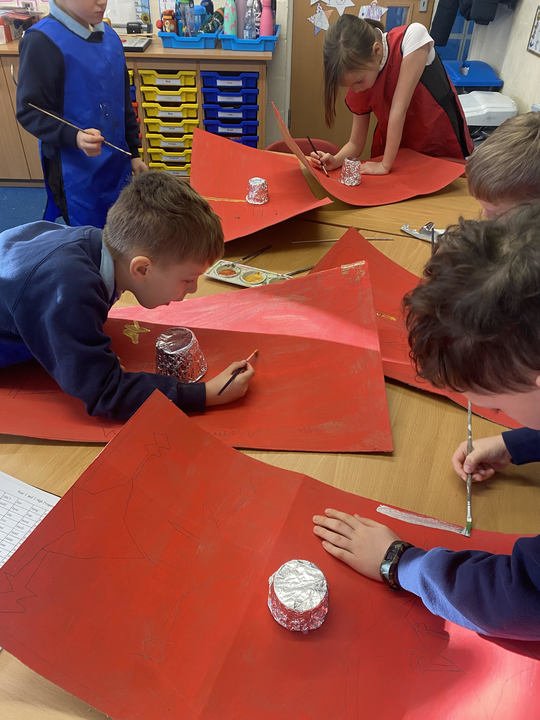 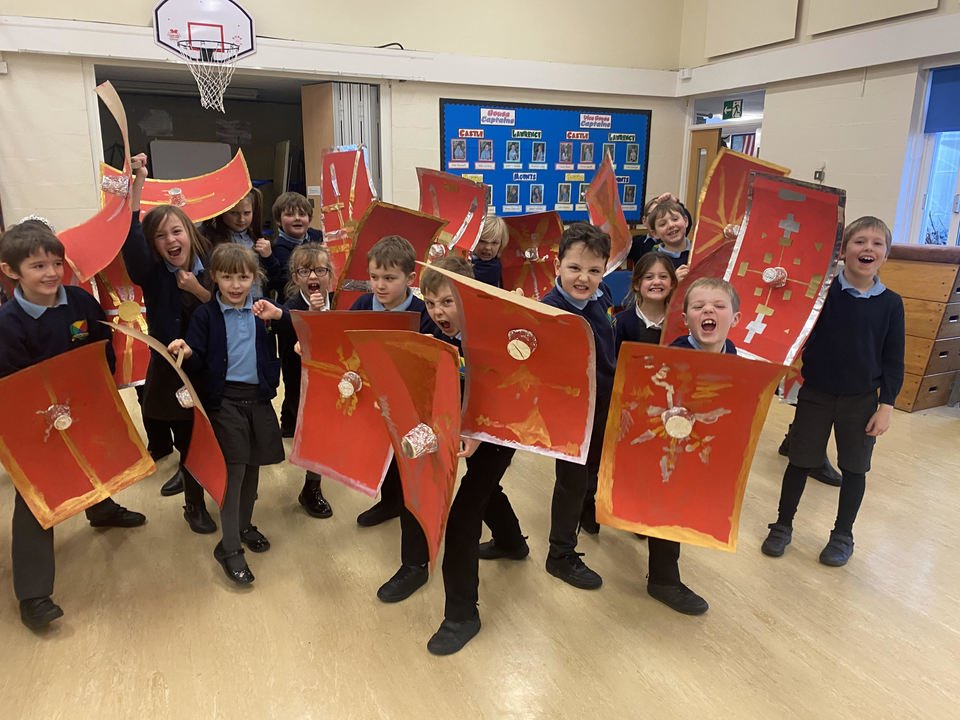 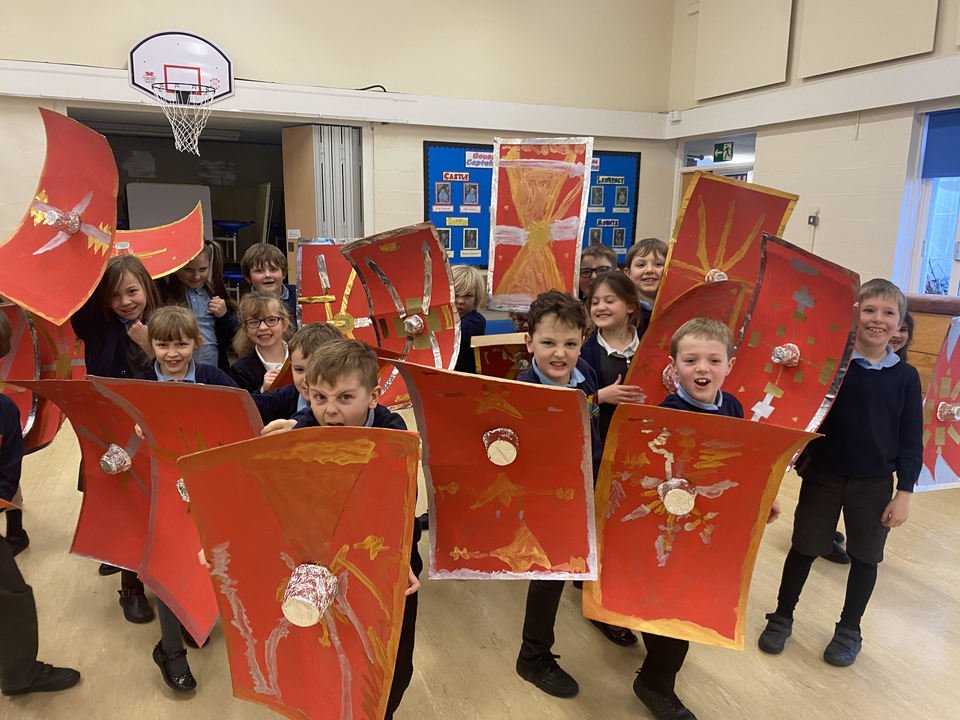 The Year 3 children have settled into the Junior School beautifully. The school year began with a 'Stunning Start' with our topic, Italy, being announced. The children took part in making pizzas, trying gelato and they even made some wonderful venetian masks.

The fun did not stop there, the children visited the United Reform Church during Harvest festival and took part in a spectacular Harvest celebration. A big thank you to everyone for their kind donations, all of which were taken to the Daventry Food Banks.

The children of 3F are definitely 'Hooked on Books' with a BOOKFLIX display being regularly updated in the classroom. The children have been adding their favourite recommendations to the display and there has been lots of excited chatter about books happening inside and outside of class. Our first class read is 'Pinocchio by Pinocchio' by Michael Morpurgo, which the children have found hilarious and engaging. Wonderful work from 3F on our classroom display.

We use necessary cookies to make our site work. We'd also like to set optional analytics cookies to help us improve it. We won't set optional cookies unless you enable them. Using this tool will set a cookie on your device to remember your preferences.

Necessary cookies enable core functionality such as security, network management, and accessibility. You may disable these by changing your browser settings, but this may affect how the website functions.